EDIT: I have updated some of the prices to reflect 2015 prices. It is looking to be a cold year (no snow but California cold), so make sure you bundle up. 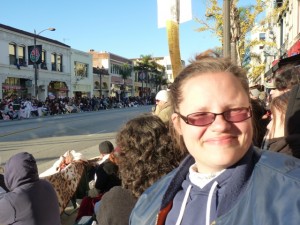 Denise and I are people with many goals. Some of them get done, some of them wait, but for this year Denise can say she got at least one done. Denise has always wanted to go and see the Rose Bowl Parade (officially known as the Tournament of Roses Parade) in person and this year she did it:

So, you have seen the video and you want to go too. Well, that’s great! Let me tell you how to do it. First thing you have to know is that there are three ways you can see the Rose Bowl Parade: the expensive way, the medium way, and the cheap way. Each way has their pros and cons. I will try in the best way I can to describe each one. 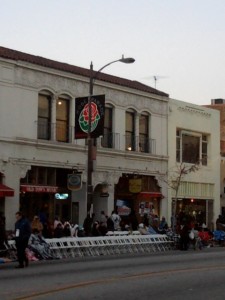 First way to do it is the expensive way. The expensive way is by far the easiest way to do it, but by virtue of it’s name it’s going to cost you. To view the Rose Bowl Parade the expensive way you need to buy a ticket. Not just any ticket, it needs to be from a company called Sharp Seating. Sharp Seating is the official seating company of the Tournament of Roses Parade (the official name of the Rose Bowl Parade). Sharp seating has reserved seating along the entire parade route. Their seating is divided up into 4 areas. The price ranges with the more expensive tickets (about $100 dollars each) being in area 1 (because it is closest to the Rose Bowl Game, to the lowest priced tickets (about $40 dollars each) being in area 4 (because it is at the end of the parade). Your ticket will include a parking space that will be about 2-3 blocks from your grandstand viewing area. The negative is the price, but the positive is you can get there at almost 8:00 am and your spot is reserved for you. No waiting whatsoever. 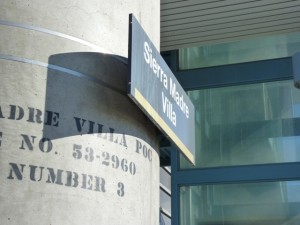 The second option is the medium way. This is the way we chose. To do this you need to learn a little about public transportation. Specifically you need to learn about the Metro Gold Line. First thing you need to do if you choose this route is decide where you are going to park. In our case we chose to park at Sierra Madre (the end of the Gold Line). We went to Sierra Madre because it was closest to us and had 1000 free parking spots (we figured we had a good chance at getting one). The next step is to buy your pass. You can buy a one way ticket ($1.75 per person), but your better off buying an all day pass ($7 per person). There are four stops that are within blocks of the Rose Bowl Parade. They are Del Mar (beginning of the route), Memorial Park (closest to the Rose Bowl), Lake, and Allen. In our case we got off at Memorial Park which put us 2 blocks from the parade route. Then we slowly walked up Colorado Blvd. until we found a spot we liked. To do this method effectively you need to be on the Metro Gold Line by at least 6:30 am, you can get there later, but that is going to put you farther behind in the viewing. Although, no matter how early you get there you will not be at the blue line (the best viewing spot which is on the street). The pros is you get a relatively good spot for a relatively easy price (the cost being the walking, metro tickets, plus maybe parking if you go to the wrong station to park), not to mention you don’t have to stay up all night to get your seats. 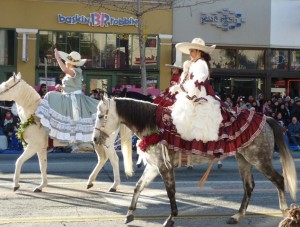 Ironically, to get the best seats for viewing the Rose Bowl Parade you don’t have to pay anything at all. You do have to spend a lot of time, and I mean a lot of time! Starting at 12 pm the day before the parade, the city of Pasadena will allow you to camp out on the curb of the parade route. At least one of your party must stay there the entire time. If do not do this the city will take your stuff, throw it away, and someone else will immediately take your place. You are not allowed to bring a tent and if the city sees you with alcohol you will be arrested on site. At 12 am on the day of the parade you will be allowed to move your chairs to the blue line. This is the best place to view the parade, even better than the expensive grandstand tickets because no one is allowed to be in front of the blue line. The cons of course is you just spent 24 hrs for 2 hr show, but you did get the best seat in the house! 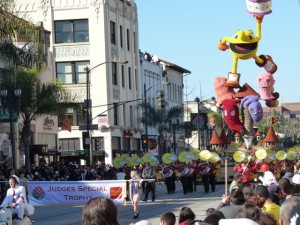 Well, those are the three best ways to see the parade. There are other options out there, but they are mainly all variations of the three methods I have described and I am not even sure if the other methods are even legal. Some random things that might also help you on your way is to know that the official guide, which many will sell you (buy it from the Scouts), costs $10 and if you want to view the floats up close you can do that for another $10 at Victory Park (if you do this make sure you download the free float podcast). Also, the parade is always on January 1st, unless the 1st is on a Sunday, then it will be on the 2nd. Bring a jacket because it gets cold, but rain has only happened once in the parade’s known history (2006). With that said the parade was awesome. Denise had a great time, I am glad I was able to go with her on this adventure. Hope you can make this adventure a reality too someday. 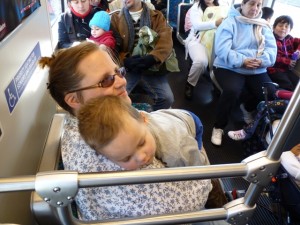 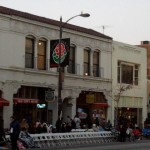 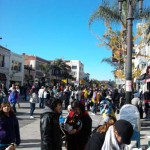 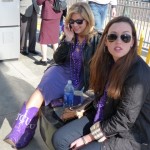 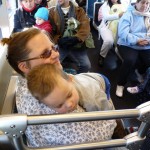 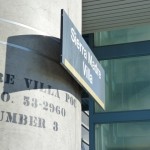 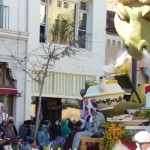 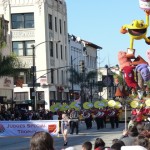 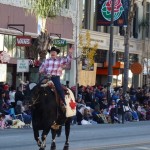 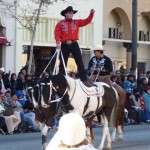 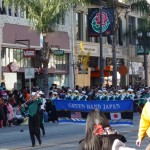 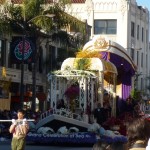 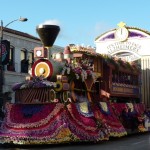 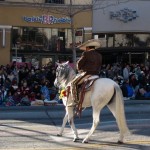 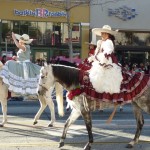 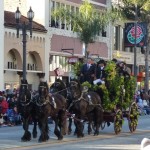 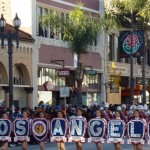 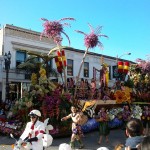 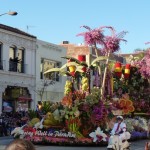 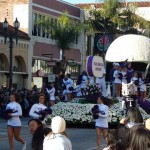 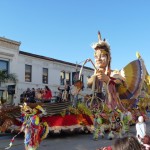 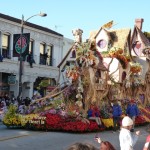 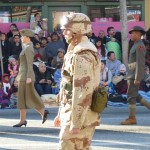 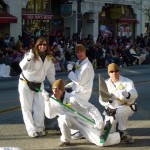 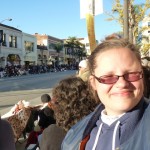