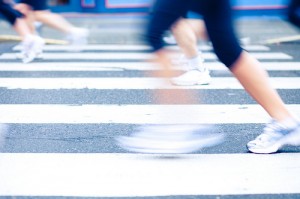 As the half marathon is now less than a week away I am focusing on getting ready for race day. I have been tapering down my distances, made a motel reservation, and most important I am honing in my power song list.
For me music is essential for running. I am slow but I know I would be even slower if I did not have music playing in the background. I have experimented on this in the past and hands down I do better with music.
I plan on finishing the race in 3 hours and 20 mins. or better. The reason for this is because 3 hrs. and 20 mins. is what I did on my last run and I want to beat it. It would seem an easy task to pick songs for this but it is not as easy as I thought it would be. First of all 3+ hrs worth of songs is a lot of music. Second, you need to pick songs that are upbeat, but not songs that are so fast they will tire you out.  In all the list ended up being 47 songs. In reverse order of how they are playing here are my 47 power songs:

I think the list is a very interesting mix. Some songs are classics and some are new. Most of them have vocals but some are just instrumental. It is not surprising to me that the Rocky movie soundtracks make many appearances on my list. Out of all of these songs Firework by Katy Perry is what I call my “Power Song.” You will notice I put that song in the middle. This is my go to song. My hope is that when I am halfway through and I am starting to feel the burn it will pick me up. It is a great song (although I don’t recommend watching the video).

So that is my power song list. Do you have a power song list? Or is there a song you have that when you hear that song it makes you go a little bit faster? If so I would love to know. I am always tinkering with my list and so suggestions is always welcome.