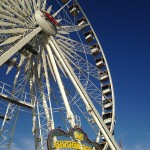 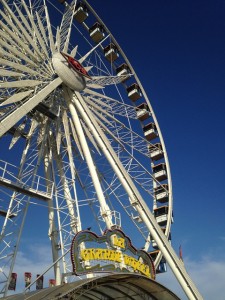 For those that don’t know. My (John) favorite band is America. For those that are not familiar the group, you might know them more by their many #1 hits. The height of their popularity was in the mid 70’s with “A Horse with No Name”, “Sister Golden Hair”, and “Ventura Highway to name a few. Mostly they were popular in the 70’s but they did have a hit song in the 80’s called “You Can Do Magic.”

It’s kind of strange being a fan of a rock band that was formed the same time you were born, but they do still perform. I have been able to go now to two of their Here & Now concerts. The first one was a few years ago at the Click here to read about their 2010 concert. and now as they opened the OC (Orange County) Fair.

In this concert America combined with the Pacific Symphony. The concert was great sound wise. Dewey Bunnel in my opinion still has it. Unfortunately, Gerry Beckley can still play, but he can’t sing like he used to. That being said, they still had the sound, so I really enjoyed the concert. I am not sure if Denise and AJ enjoyed the concert as much as I (John) did, but they are good sports as I dragged them along. 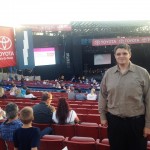 John getting ready to enjoy the concert. 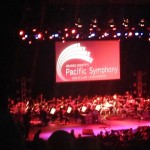 The Pacific Symphony was really good. AJ really liked the Mission Impossible theme song which he recognized from the Minions. 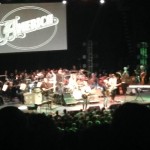 The guitar harmonies of America mixed well with the symphony. 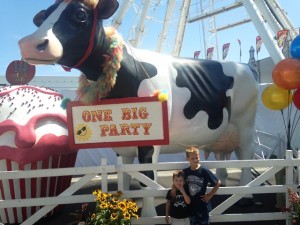 The theme for the fair was “One Big Party”. We brought along AJ’s friend who got in for free.

I feel as that I dragged them along, but it wasn’t without merit. The way it normally works at the fair is that at the end of each day their is a concert and if you buy a fair ticket you can upgrade your ticket to a concert ticket.  In this case America was playing a day before the fair, so they told everyone in attendance that you could come back any day the fair was open. So for us this was like two days of fun for the price of one ticket (which thanks to and early bird Goldstar promotion was only $14). Regular OC fair ticket (without a concert are $12), so needless to say we had a good deal. Another little hint is that on Saturday & Sundays you can park at the Experian parking lot and they will bus you to the fair for free!

County fairs kind of just scream a fun time. They are kind of cheesy, but where else are you going to see a rock concert, a circus, a pig race, a 90 ft. tall Ferris wheel, and a intricate quilt in the same venue while eating on a turkey leg on stick wrapped in cheese and bacon?!?! Needless to say we had fun. If you are interested in going yourself the OC Fair runs until August 16th. You can go Click here for OC fair website. for more details. 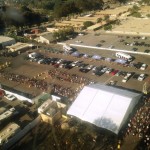 When we went to the fair at 2pm there was no line. At 5:30 this was the line to get into the fairgrounds. 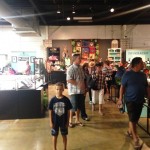 AJ racing through the handcrafts exhibits. 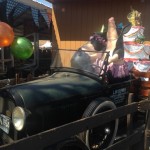 Pigs may not fly, but they apparently can drive. 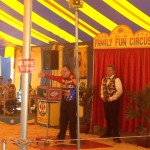 Saw a little family circus at the fair. 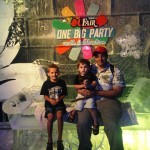 AJ and John sitting on a couch made out of ice. 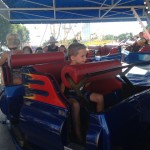 AJ did a reading program where he had to read five books and the fair gave him three free ride tokens. 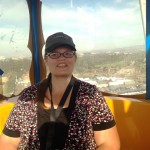