↓
Home→Restaurant Reviews→You Probably Are Not Going to Eat a California Lobster in California. 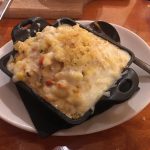 This is a story about three lobsters: 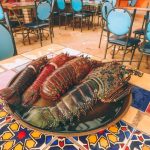 This is a California Spiny Tail Lobster 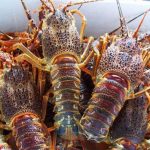 This is a Southern Rock Lobster 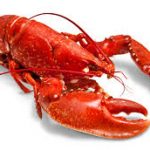 This is a Maine Lobster (which might be a Canadian in disguise).

Most people don’t know this about me but I am a certified SCUBA diver. Although I haven’t actually gone diving for over 18 years now. One of my favorite things to do was go with a friend of mine in October and hunt for California Spiny Tail lobsters.

The funny thing about the California Spiny Tail lobster is not that it doesn’t have claws. The funniest thing to me about the bug is even though they are native to California, the chances are you will not be eating one in California. If you go to a store or a restaurant in California you will most likely find rock lobster and if you are lucky, you will find Maine lobster.

The strange thing is you can go to Baja California and get three halves, beans, rice, and big flour tortillas for about $15 USD. Why? I have no idea, but I do know that mariachi songs are $5 a piece. Going to Baja was what I wanted to do with my weekend, but it was not to be so I looked elsewhere.

Being that this was a 4 day weekend I really wanted to go to Baja, but I couldn’t convince anyone to go with me so that just wasn’t in the cards. So I wondered if I could get some lobster in Riverside. I knew I could at least get a lobster roll at Pier 76, but I decided to go on Yelp and find the #1 rated seafood place in Riverside. The result was the Market Broiler, which ironically is not very far from Pier 76 in Riverside. 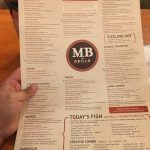 Menu items at Market Broiler normally ranged from $15 to $25 dollars.

At $44 dollars I have to say I was expecting something big. What I got was not anything close. The waiter was nice, the service was excellent, but they killed that lobster, twice! It was already dead, I saw it on ice at the counter when I walked in. Why they felt they had to kill it again was beyond me. It was over-steamed, overcooked lobster becomes very rubbery. This lobster was so rubbery I had to take my bread knife to cut it. I drowned what I could in butter to make it edible but about a quarter of that lobster tail was too tough for even melted butter. 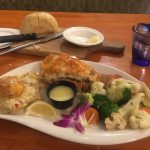 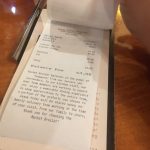 For $44 dollars I expected at least Maine lobster.

Anyhow, the moral of this story is the California Spiny Tail lobster continues to reign supreme. The only place I am probably going to get it is in Baja. So the bigger question becomes, why can’t I convince my friends and family to go to Baja with me?!

Here is my video review: