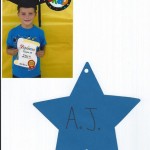 AJ graduated from Kindergarten today. I have to say as a father I never doubted his ability, but I wouldn’t have said the outcome was for certain. I consider my son highly intelligent, but spend some time with him and you will soon realize we don’t call him the “sound box” for nothing.

As far as graduations go I would say it was typical. Being Kindergartners there were no lengthy speeches, but there was plenty of heat and sardine packing demonstrations as parents ran each other over in an effort to get that “special moment” picture. If the songs were to demonstrate the kids knowledge we learned the following: Madison School has been our neighborhood school since 1952, America is beautiful, Roy G. Biv still shines, Dan actually does drive the Van, and counting to 10 in Spanish involves a lot of jiggling around. 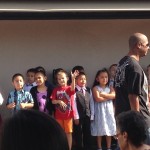 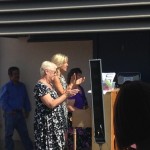 AJ’s teacher Mrs. Ramirez (clapping on the right) helps the students sing in the presentation. 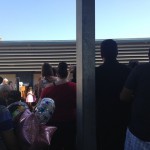 This was my view for most of the singing part of the graduation.

After the singing portion of the graduation the kindergarten classes divided out and we went to AJ’s classroom where each of the kids were presented their certificate of completion and a special award. AJ’s special award was the “Mad Scientist” award because according to AJ’s teacher he would rather be doing science than anything else. In addition to his special award AJ got additional awards for reading over 20 books (don’t know where he gets that from Denise) and memorizing over 30 cite words, for which he got little pogs to put on his school lanyard. 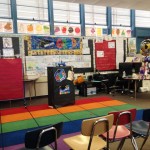 The rug in AJ’s classroom. 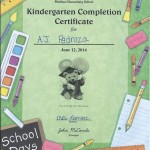 AJ’s Certificate of Completion of Kindergarten. 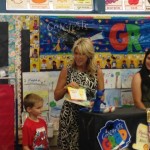 AJ is presented his certificate and awards by Mrs. Ramirez. 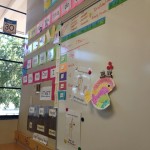 Looks like AJ was the purple team leader this week. 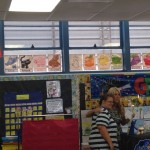 Denise gets a little recognition for being the “Classroom Mom”. 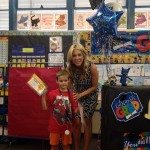 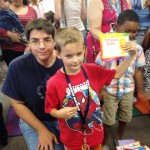 Overall, looking at AJ’s report card he has definitely shown signs of improvement. He got almost all A’s in Reading, Math, and idea formation. He still has a lot of room for improvement in handwriting (spellchecker runs in the family). Most importantly he passed and he actually is ok with going back, in the end you can’t ask for more than that. 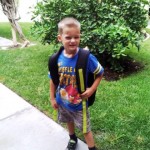 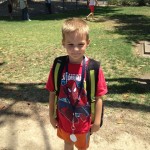