↓
Home→Uncategorized→We are Selling Our Bikes 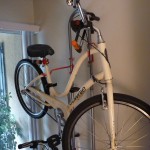 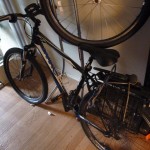 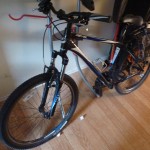 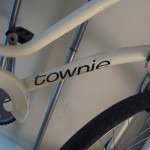 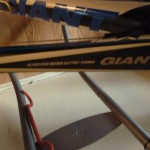 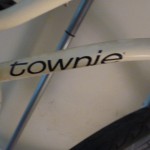 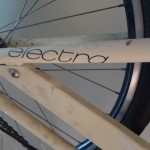 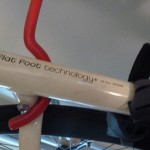 We are moving and need to sell our two bicycles. Both bicycles have night lights on them.

The first one is a
White Electra Three Speed Townie Women’s bike. Like the name implies this is a good town bike. It has a gearless 3 speed changing system. It has a mounted basket on the front. It looks fine but it has not been used for over a year so it probably needs a bike tune up.

The second one is a
Black/White/Blue Giant Alux 6000 Series Butted Tubing Road Bike. This bike is made for off road biking. It has shocks in the front. It is 10 speed. I have installed a rack and baskets in the back. It has a flat tire. I have not used it for six months so it probably needs a tune up as well.

I will also include in the price the rack that we put the bikes on. It is a lean-to rack that allows you to stack two bicycles without any nails. You just lean it on the wall and can stack bicycles. Very nice for apartments.

I am selling both bikes as is and you must take both bikes or neither of them. Basically, I just don’t want to move them. The $300 prices is firm, the bikes are both worth way more than $300. I am accepting cash only, no checks, no rainchecks, must be paid all at once, and you must haul them away yourselves. We have no way to deliver them. We move April 23rd, if we don’t sell them by then I will put them in the moving van and then after I am done moving sell them to the scrapper.