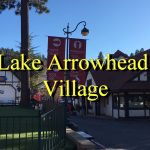 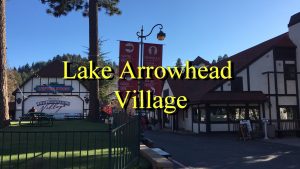 So, from the late 1920s to the early 1950s, what was known as the Big Five studios owned everything that was the movies. If it wasn’t a big five studio film, it didn’t exist. This also included the actors who portrayed these movies. With the exception of RKO, four out of the big five movie studios were based out Hollywood. As part of their contract with the studios actors had to be within three hours of the studio, this was because movies were being constantly made and the contracts basically forced the actors to agree to it. Actors however were paid good money and they wanted to have fun, but they didn’t want to be mobbed. So several entertainment spots started to pop up. Lake Arrowhead Village was one of those locations.

Lake Arrowhead’s village hey day was probably in the 40s and 50s but today there is still a lot of fun. There is a lake with a vintage boat that does scenic tours in the summer, a very small amusement park, and of course a lot of little shops.

There is a stage and in October they have Octoberfest which is their biggest music festival.

We enjoyed our afternoon feeding the ducks, eating some chocolate, and basically just window shopping. Lake Arrowhead Village today is a small enjoyable resort with a little bit of a Swiss feel and some echos of a Hollywood past

On the way back home we traveled a little bit down route 66 and caught a glimpse of the iconic Wigwam Motel in San Bernardino.