Aka.. The One With JohnnyP…. 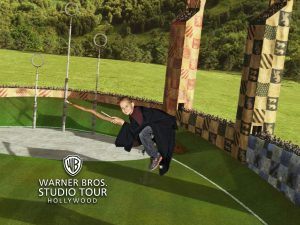 AJ got to take a flight on a broom.

So, for my mother’s birthday I decided to take her and the family out to see the Warner Brothers Studio tour. This is about a three hour experience in Burbank, California, just one hill away from Universal and Hollywood. Warner Brothers is probably currently most famous for the Harry Potter movies, but they are also known for some blockbuster hits such as Casablanca, Willie Wonka, the Music Man, Friends, Batman, and many more.

The tour for California residents costs about $49 dollars and starts at the Warner Brother Studios Tour building which is just across from the Warner Brothers Records building. There you check in and watch a short film highlighting the movies made by Warner Brothers. After the movie you get in a golf cart to go tour the studios. 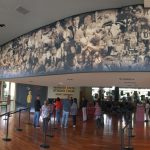 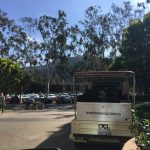 In the tour you ride in golf carts. 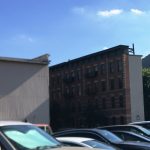 It is funny to see all the fake city fronts. 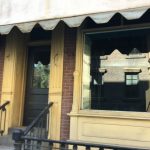 This was the front for the toy shop where Gizmo in the movie Gremlins was bought. 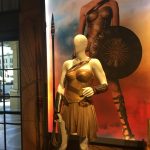 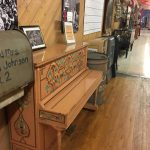 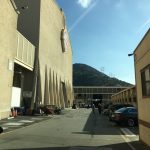 Sound stage 16 was made bigger by Marion Davis who got her boyfriend William Randolph Hearst to expand it.

Warner Brothers is an open studio, which means that anyone that is willing to pay for studio space can be on the studios. Many television productions like to be at the studios including the Ellen show which is currently staged in stage 1. If a production lasts more than ten seasons they put a brass plaque on the side of the stage. Many have brass plaques, except sound stage 23, which for some reason is unlucky. It is said that everything produced at that stage has bombed. Also, there is no stage 13 because that is an unlucky number.

Outside the stages are facades. All but one of the buildings at Warner Brothers don’t have signs because they can all be dressed up to be used in movie production. Even a little bit of grass we learned can serve as Central Park. Or, some trees and a dirt road become a scene from Jurassic Park.

My favorite part was the props department. In there we saw several versions of the Maltese Falcon, the piano from Casablanca, and played with set pieces from the West Wing. We noticed that all the items were available for rent. Not cheap, but if you need creepy doll whose head turns 360 degrees, they have it available.

The tour was bit expensive but it was very interactive which made the experience very enjoyable. I don’t know if I would do it again very soon, but it would be interesting in a few years to go back and see what is popular in the future and to see what will be the latest coolest production.

This is a short video of our experience:

I know the acting is amazing, for all the casting agents out there my contact is on the about me page.