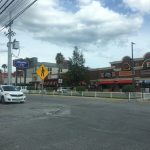 Traveling in Northern Mexico means that you are also traveling close to Southern Texas. Borders are such strange things to me. There is this this unnatural line in the ground. And for some reason if your on one side of the line you are in one place and on the other side of the line supposedly you are in another side, but the reality is that a line like any other geometric point is actually infinite and therefore undefinable.

Traveling past the Mexican border town of Morelos and over the Rio Grande. Compared to Morelos, there wasn’t really that much to Brownsville. That has been pretty much my experience all along the Mexico/USA border. I haven’t seen a place where the US border city was bigger than the Mexican border equivalent.

Texas however is a very big place. It was for a very brief moment it’s own country. It was with the big start flag flying I felt compelled to play the song “God Bless Texas” on our radio. In a strange twist of geographic fate we moved north, but then we moved east, then south, and were still in Texas.

Our destination was Port Isabel, Texas. Port Isabel actually started out as a Mexican townon Mexican Independence Day. It is known as a safe harbor and has a big lighthouse. The lighthouse was a battleground during the US Civil War and switched sides many times during that war.

Today Port Isabel is known as a nature paradise that is very popular with fishermen. When we were driving through the town there seemed to be a bait shop on almost every corner. 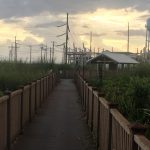 At the Nature and Bird Center they had elevated walkways. 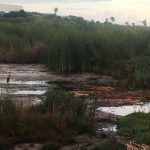 The reeds are really tall. 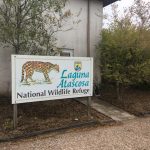 Laguna Atascosa is the only natural refuge for jaguars in the United States (didn’t see any). 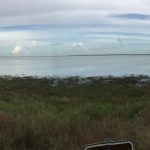 Looking out to the Gulf of Mexico 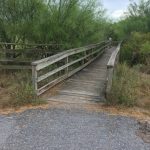 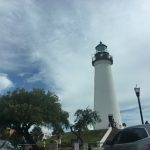 This lighthouse changed hands a lot during the Civil War. 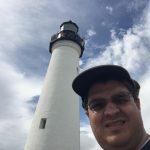 Selfie at the lighthouse. 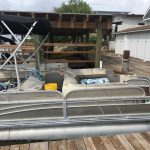 On this boat we took a trip through the Port Isabel Channel. 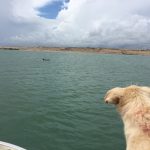 The Port Channel is home to a pod of Bottle-nosed Dolphins. 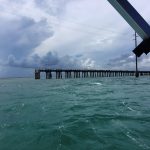 The legend says that the old bridge only lasted a year because they used salt water for mixing the concrete. 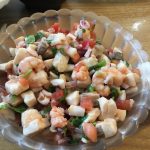 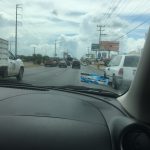 Reynosa reminded me of Tijuana 30 years ago. 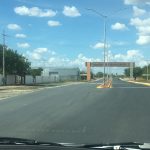 When we made a quick bathroom stop in Ramones we made all the locals heads turn. 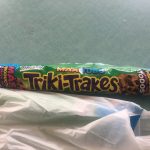 This is the longest package of Triki Trakes I have ever seen. 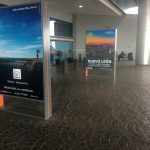 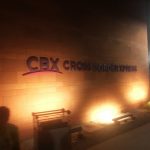 CBX is one of my favorite border crossings. 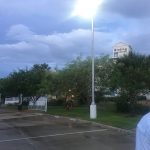 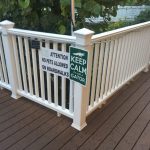 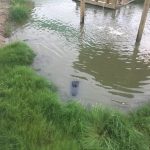 These gators we were told were on a diet.

Being along the Gulf of Mexico, the catch is always good. We went to a place called Los Tortugas for some shrimp and ceviche. It was a little bit expensive, but it was very fresh.

Points of interest visited were the Laguna Atascosa National Wildlife Refuge, which is home to the only jaguar reserve in the United States. I have to say I didn’t even know there were jaguars in the United States. The other place we visited was the South Padre Island Birding and Nature Center. It has about a mile of elevated platforms in which you can go and try to catch a glimpse of different birds and maybe even an alligator.

The highlight of our time in Port Isabel was taking a pontoon boat out to look for a pod of bottle nose dolphins that have made their home out in the Port Isabel Channel. Moving along the water it was interesting to see all the life that comes when there is water. 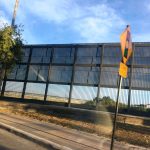 The border wall at Brownsville, Texas. Nobody paid much attention to it.

After the boat ride it was time for us to head back to Monterrey, which meant crossing the border again. It was funny to me because we flew to Tijuana, where once again we would walk back across the border. One border, 8 six states (California, Baja California Norte, Nuevo Leon, Coahuila, Zacatecas, San Luis Potosi, Tamaulipas, and Texas), 4 international border crossings, all in four days, talk about keeping it moving.