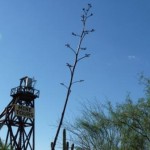 I am going to start out this blog post by saying that I realize that Arizona has had a lot of difficulties lately. Between a massive state budget cut and controversial legislation the state of Arizona tourism has been reeling. When we were able to get a $30 dollar (tax included) hotel room in Phoenix I knew that tourism in Arizona was hurting. Even so, this is not an excuse for the Arizona State Tourism Board not to update their website. I am not sure if they are going to update it soon, but for right now, my advise is to use it only for ideas of what to do and not detailed information.

That said, I will now talk about one of my little adventures yesterday. Yesterday there was a BYU game. I am not really into BYU games and not that it usually matters much. Unless, your staying at the Jackmans, then it matters, and so I found myself needing to flee the Jackman house. So I decided to take a random road trip. Knowing about the mine tour I started wandering in that direction and first found this: 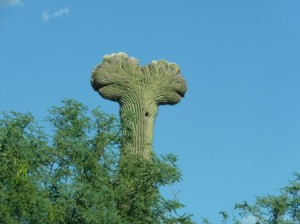 You would think there wouldn’t be much to do in the desert, but like me you’d be wrong. Coming into town is was very hard to miss the sign for the ASARCO Mineral Mine Tour. 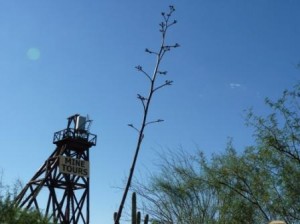 Further wandering the Arizona State Tourism Board I found out during the summer the tours are held every Saturday. It wasn’t until I got there however that I found out that the last tour leaves at 3:30PM. The site is open however until 5PM, but seeing as how I had missed the tour I had to settle for the secondary greeters. 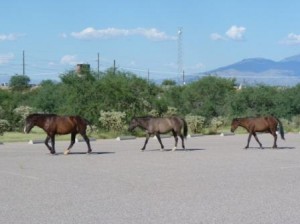 I don’t know what the deal with these guys were, but they were wondering the grounds freely.

ASARCO stands for American Smelting and Refining Company. It is a relatively established company (started in 1899), but despite the meaning behind the acronym, it is anything but American. The land itself is technically not American, it belongs to the Tohono O’ohodam Indian Reservation. The company used be all American owned, but in 1975 it changed it’s official name to just ASARCO when it was acquired by Grupo Mexico, it is now a 49% Mexican owned company. 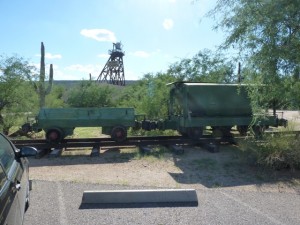 I didn’t get to go on the tour but I did walk the grounds a bit. Walking across the grounds you will find various pieces of mining equipment. Some of these items are new and some of them were old. Releasing my inner two yearold I gravitated towards the big truck. 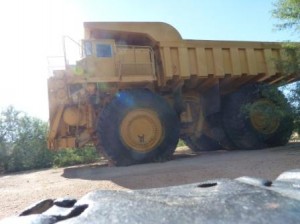 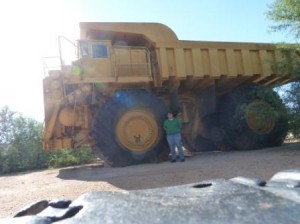 Inside the museum you will find various displays and videos describing the process of copper mining. Being one of the largest copper mining operations in the US, it is kind of interesting. I wouldn’t call it a deal breaker to go to Sahaurita, but if your passing by and you have the time it could be a fun few hours. It is free to go inside the museum and walk the grounds, but the tour costs $8. For more information visit their website at http://www.asarco.com/AMDC/home.html .