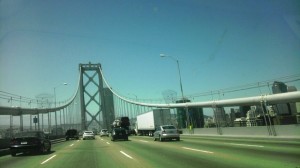 Travelers making their pilgrimage today to the California missions have the great benefit of traveling on highway 101. Occasional glimpses of the varying terrain gives a brief visual clue as to what it was like for early pioneers making their overland trek. In an age where such travels were slow and filled with peril it was important to place the missions in secure places. Coastal locations with safe harbors were the locals of choice for mission planners.
As big as present day San Francisco bay is, it was surprisingly unknown to Spanish settlers in the 1770’s. “If St. Francis desires a mission, let him show us his harbor and he shall have one,” said Inspector-General Gálvez to Junipero Serra. In 1597 a small harbor had been identified as San Francisco bay. Now known as Drakes Bay, it was the best hope for New Spain to secure a safe port for it’s ships heading to the Philippines out west. 170 years of neglect had all but erased the memory of the exact location of the original San Francisco bay. Present day San Francisco bay was known, but due to bad charting, it was thought to be merely an extension of the coastline. 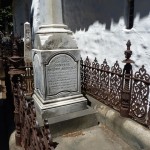 When present day San Francisco bay was finally discovered to be what it truly is the significance of the discovery was immediately felt. Reports back to the Viceroy stated the bay was large enough to “hold all the ships of Spain.” Realizing the strategic advantage of such a port the Viceroy immediately ordered two missions be settled. Leading the group would be none other than the already legendary trailblazer Lt. Col. Juan Baustista de Anza.
San Francisco is Born

On June 29, 1776, just 5 days before the signing of the Declaration of Independence of the United States, the first mass was celebrated in San Francisco and in the festivities the city of Saint Francis was officially incorporated. Construction of the church went relatively quickly and by October worshipers enjoyed regular services in a simple wooden church. 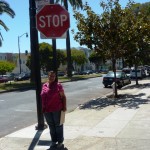 It said to stop…

Although San Francisco has changed in many ways, the San Francisco Mission has not. Earthquakes, fires, government, and people have all encroached upon the mission and yet it remains. Unlike other missions that have crumbled to almost nothing, visiting the San Francisco Mission you get to see a rare glimpse of an early vision.
Walking the grounds of the mission I noticed a lot of diversity. As the only California natives present with a pulse, I definitely felt like a minority. Walking through the cemetery I noticed a lot of people speaking their natives tongues. The grave markers gave a silent testimony that this the way it has always been in San Francisco. Leaving San Francisco we admired the vastness of the bay and contemplated what a body of water could mean then and now.