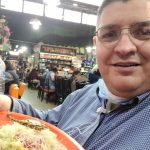 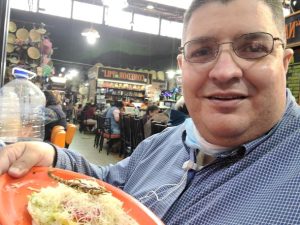 In Durango scorpions are food.

If you visit Durango you will find the reason Durango is so popular is because it has a sunset that just can’t be beat. There is something in the sunlight that moves every picture almost perfect. It is an interesting blend of land and air that has to be experienced.

In addition to being known for movie making Durango is also known locally for a few other things. First of all in Durango they like baseball more than they like soccer. The city mascot is a scorpion and you can find them all over the place and if you are brave enough you can even eat one in a taco. As appetizing as that sounds the people of Durango would all the same prefer to watch their baseball game while eating a hamburger, and they like them fully loaded with double portions of meat, cheese, and bacon, they are HUGE (and relatively cheap) .

In addition to big hamburgers they have a soup called Caldo Durangueño, which is a meat soup that is also very popular. It is a hearty soup made to help those working in the mines that are also traditional for the areas. In Durango you can choose to walk through the mine tunnels or you can soar above the mountains in an aerial tramway, it is just a matter of preference. 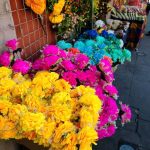 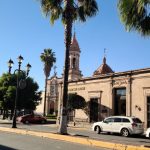 Our Hotel in Durango. 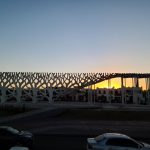 Sunsets are amazing in Durango.