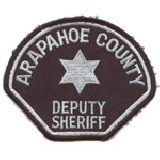 Today I wanted to say thank you to the Arapahoe County Sheriff’s Department. Back in July of 2008 we were attending a family reunion in Colorado. We ran out of baby wipes for our baby son and went to a local supermarket. Unfortunately, my wife left her wallet in the shopping cart. We went back to the supermarket and were initially very pleased to find out that my wife’s wallet had been recovered. Until, we opened it up and found out that all of the money had been stolen. We were travelling from California and in trying to budget we had all of our trip money in cash (I had half and my wife had half). This was our second day in Colorado and unfortunately there was a lot of money in the wallet. Not knowing what to do we gave a call to the Sheriff’s Department thinking that they would just tell us to file a claim. To our surprise they sent out a deputy to our location. The deputy went to the store manager and found out that there was a video tape. In the video tape he saw that a lady had found our wallet and had given it to a store clerk. The video also showed that the store clerk took the envelope containing the money that was in the wallet. The deputy along with the store manager interviewed the suspect and got the suspect to confess. The matter still went to court, but thanks to the deputy’s documentation the suspect was found guilty. It took awhile, but today we just deposited a check for the complete amount in restitution. We just wanted to say that this would not have been possible had it not been for this deputy’s efforts.
Lessons learned…
First, we went to Rocky Mountain National Park and never blogged about it. What were we thinking?!? That is by far the most beautiful National Park we have visited so far. 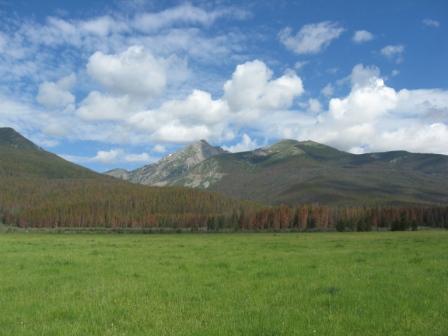 Check out this wildlife picture I got while I was there. 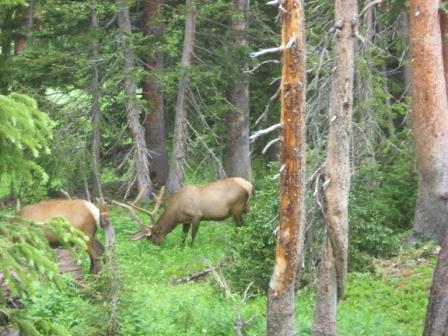 < Second, don’t put so much money in one place. It was just our second day in Colorado, but that wasn’t an excuse to have so much money in one place. We really should have broken it up and hidden it in smaller amounts somewhere else. Third, if a calamity does befall you, make sure you report it. At first when this happened to us we thought that it was lost cause, but as it turned out there were a lot of things (video, witnesses, etc.) that we didn’t know about that were going in our favor. The only way the justice system works is if we all do our part. Letting it “slide” isn’t good for society. It should be noted that once we found out who did it we offered not to press charges and even offered the suspect a no interest payment plan, but the suspect refused it and in the end got prosecuted. Finally, if you do find a wallet with a lot of money in it, don’t give it to minimum wage employee. If you don’t want to go through the hassle of going to a local law enforcement agency at least give it to someone with a degree of responsibility. I think in this case if the wallet would have been given to a store manager, the money would of still have been there, having said that we are still very grateful to the lady who returned the wallet.