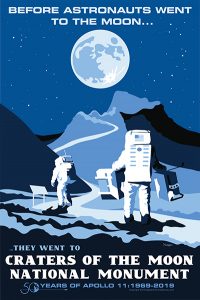 There has been a lot of talk, for very good reasons, this year about the 50th anniversary of the United States landing on the Moon. July 16, 1969 was truly a monumental moment in not only US history but for mankind. 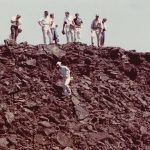 Apollo Astronauts at Craters of the Moon

BUT before that happened there was a lot of testing. No, I mean A LOT of testing. One of those places they tested before they landed on the Moon is in Arco, Idaho at Craters of the Moon National Monument. Craters of the Moon National Monument was established in 1924 and contains three major lava fields and about 400 square miles (1,000 km2) wide. This made the area an ideal training location for a moon landing.

Traveling to Craters of the Moon is very interesting. The hills of Idaho are very green and have lots of grass, but as you approach Craters of the Moon it is like someone sucked up all the dirt and grass from the ground and all that is left is the black rocks. It is very desolate and when you walk the ground is very crunchy, but unlike the real moon occasionally you see a flow and they seem to stand out very distinctly in the black grayish rocks. 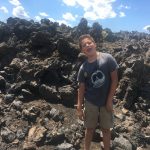 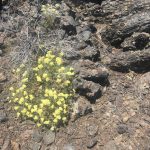 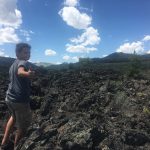 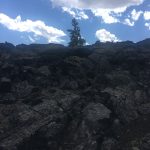 Under the tree you can see a lava tube, which develops when the outside lava cools faster than the the inside lava and a empty tube develops. 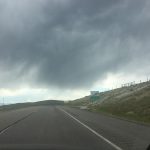 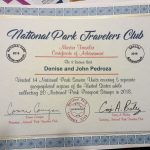 Our 2018 Master Traveler Award, we have already qualified for 2019. 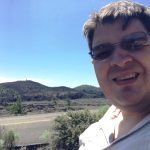 Probably as close to a moon selfie as I will ever get. 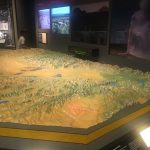 The red lights show where there is still active lava close to the surface.

We didn’t have much time to visit but there are several trails and you can even take a tour inside of of the volcano cones. We instead opted for a quick walk along a lava flow, the little visitor center museum, and the visitor center film.