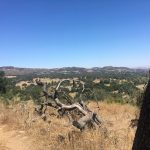 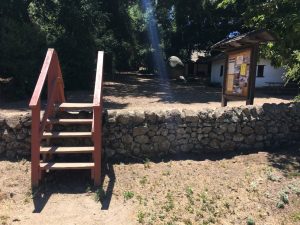 Today we went on a hike to the Santa Rosa Plateau. It was a very beautiful hike. Unfortunately, when I can home I received the following message…

Today, August 10th, 2019, at about 10:30 a.m. you made the executive decision to do a 7 mile hike at the Santa Rosa Plateau. While we are always encouraging you to “get out” and “smell the fresh air”, a five hour hike is not what we were looking for as a response. We would like to inform you that the idea of having only a “Choco Taco” for breakfast, while satisfying the Taste Sensorstm, was not anywhere near the sufficient nutrient value to engage in such an rigorous endeavor.

Furthermore, the excuse of “my son just got lost down ‘tarantula trail’” was of no concern of ours and we would like to formally protest the use of the Legstm as an excuse to go running. This extra event was not properly permitted. We remind you that running has not been permitted for several years and must only be done by proper permit. Said permit takes a minimum of at least 10 previous runs to go running up hill, and even then is only generally recommended when running away from a bear.

In view of your gross oversight of rational thought we hereby inform you that we have relieved you of command for the rest of the evening. Lest you not forget this oversight we shall be sending you reminders of this incident by way of regular muscle spasms at regular intervals of about 20 minutes for the next four hours. We recommend you take this time to properly assess any future like actions.

Vast amounts of liquid and plenty of protein (preferably in the form a carne asada burrito) is also recommended as conciliatory effort.

Oh well, so much for trying to be healthy… Good news is it is only $4 per person if you want go yourself. We were trying to be adventurous but got a little bit out of our comfort zone. Maybe if we had not tried to go at the hottest season or the hottest time of the day it might had been a little easier. 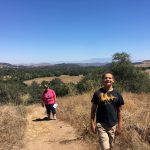 Hiking up the Santa Rosa Plateau

Top of the Santa Rosa Plateau 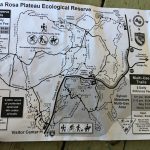 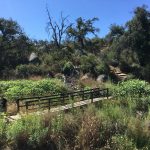 One of the colorful bridges at the Santa Rosa Plateau 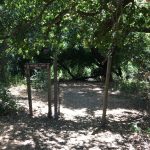 The San Adobe Loop trail is a longer hike to the adobe and is known for the many tarantulas that like to hang out in the trees.