↓
Home→National Parks→Washington DC: Is there a curator in the house?

Someone get a curator quick! Something weird is starting to grow on Mrs. Johnson’s hat: 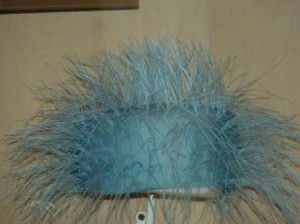 What do you mean it supposed to look like that?!
Oh well, I guess there was no crisis after all. I guess I will just have to show you random pictures of AJ now.
This is a picture of AJ at the Reagan Center. I will talk more about this place later, but for now, you can know AJ was eating a chocolate ice cream sundae: 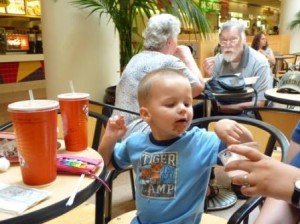 You gotta love the expression on the guy behind AJ. It kind of has a “what the heck are they doing here” look to it (you have to understand that the Reagan Center is not really a place where tourists go, but we figured since we were from California it was OK).
This picture is of AJ’s toy of the day. We bought it for him and he did not let go of it until he fell asleep: 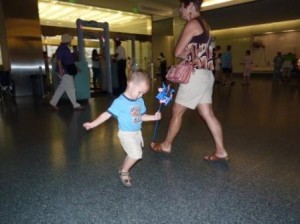 Kind of looks like he is doing an Elvis impression to me.

Well, I don’t really have the time to write now, but I wanted to at least share some pictures with you.