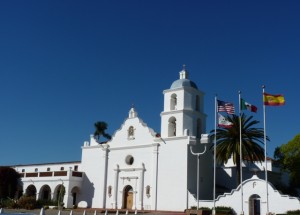 Being so close to San Diego one might think that the Mission San Luis Rey de Francia (King of France) was the second of the California missions. This is of course not so. The San Luis Rey Mission is actually the 18th mission. 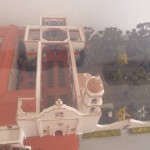 Having been built in 1798, it was now a long time after Father JuniperoSierra and so this mission took quite a different feel. One of the first things that you notice withthis mission is it’s size.Despite some ups and downs it was evident by the time this mission was built that the mission system in California was taking on a life of its own. Built in a good spot with plenty of land the mission was very successful.

The natives were by most accounts treated well here and in turn they helped this mission prosper. One of the things you can see is the beautiful Lavanderia (Washing Area). 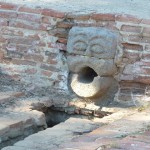 More than just a washing area one can tell by the still beautiful ruins that this place must of been quite a garden in it’s day. The mission was so successful that by 1830, the mission was the largest building in California.
With time however all things must change. In 1833 the mission was taken over by the Mexican government. It was supposed to go to the Native American tribe called the Luisenos, but through a lot of shady deals the Native Americans didn’t profit much on the deal. The once beautiful mission started to crumble. In many places all that is left is the archways to tell someone what it must of been like. 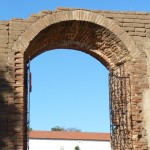 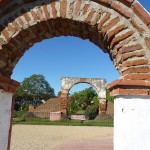 In 1847, the Mormon Battalion rode into the mission and declared the mission for the United States Government and used it as a base. 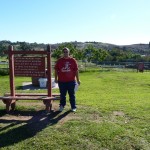 It would remain in the US Government’s hand until 1865, when then President Abraham Lincoln gave it back to the Catholic Church by executive decree (one of his last acts in office).
Back in Catholic hands the mission was abandoned until 1892 when a group of Franciscan Monks from Zacatecas asked if they could take it over. 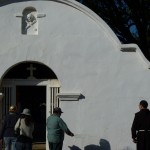 The Priests at the Mission use the traditional Franciscan Robe.

The Catholic Church conceded the request but the US government insisted on a US citizen for it’s management so Father Joseph O’Keefe was put in charge of the mission. With the help of the Franciscans from Zacatecas, Father O’Keefe rebuilt the mission to what it is today. A great mission to visit, truly worthy of the title “King of the Missions.” 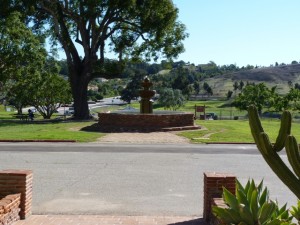