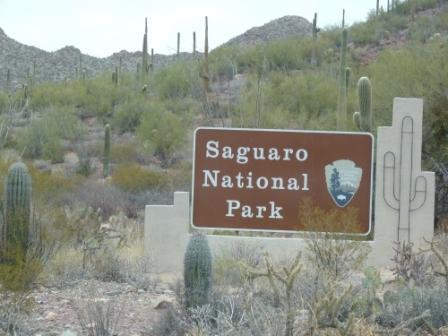 I am slowly working on editing my pictures and videos from our trip to Arizona. When we were in Arizona in December we stayed in Sahuarita, Arizona which is just south of Tucson, Arizona. Being so close to Tucson, Arizona we really wanted to make an effort to visit Saguaro National Park. To our surprise Saguaro National Park is actually two parks (East and West). Stopping first at the Waffle House: 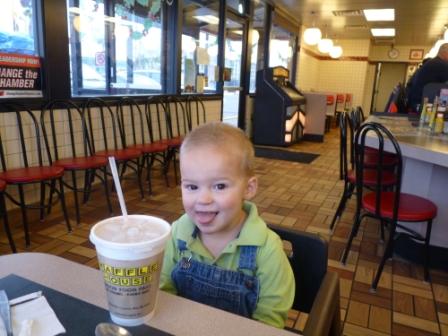 We then proceeded to go on AZ-86 towards Saguaro National Park West. In route we passed right through Tucson Mountain Park (a Arizona State Park). While at Saguaro Park West we took some time at the visitor center called the Red Hills Visitor center and then proceeded on a bumpy, dusty, dirt road to go look at miles of Saguaro and find the trailhead for Signal Peak. A short hike up Signal Peak we got to see some very interesting petro glyphs (at least I thought they were interesting, Denise called them “ancient graffiti”). 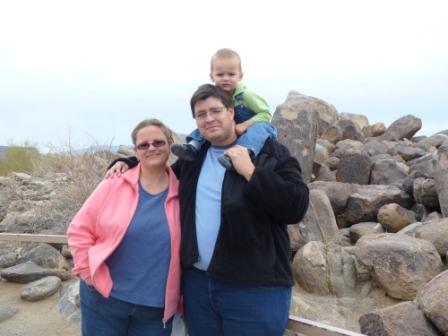 On the way we stopped at the Sonoma Desert Museum. The Sonoma Desert Museum cost $15 per person to get in, but it is really more of a zoo than a museum. Luckily for us the museum’s most valuable asset, the crested saguaro, is completely free. No one knows really why it happens, but one in every 200,000 Saguaros instead of branching out all the sudden forms a crest-like formation. Right at the entrance of the Sonoma Desert Museum they just happen to have one, and since the museum doesn’t charge for parking we got to see it for free. After looking at the Crested Saguaro we briefly stopped at Old Tucson Studios. A working film studio, it is mostly an amusement park. It cost $18 dollars per person and since we have Universal Studios at home we skipped it, but I did manage to get a few pictures from outside the wall. After that we headed back into Tucson and slowly made our way to Saguaro National Park East. Just so you know, the distance between the East and West park are about 40 miles. While in Tucson we admired the different buildings, including the Mosque that was very beautiful, but definitely looked out of place. We also drove a little through Arizona State’s campus. After a few miles and some windy roads we finally got to Saguaro National Park East. 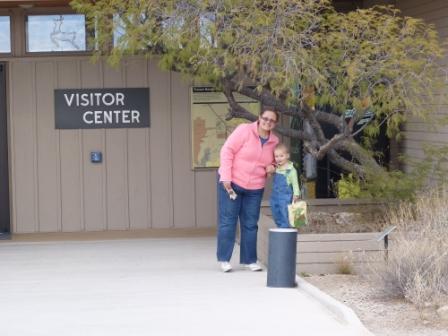 Unfortunately, we didn’t have much time so we only briefly looked around and watched the little video in the visitor center. According to the video however there looks to be a very interesting homestead you can tour.
Well, that was our day visiting Saguaro National Park. It was fun. As far as time goes I don’t think you can do everything in one day, but if you are like us, you can definitely hit at least the highlights in a day. Admission to the two parks was included with our National Parks Pass, but would have otherwise cost us $10 dollars.
In other news, this week we didn’t do much. We have finally gotten over giving various flu bugs to each other and so there may be hope for a Disneyland trip on Monday. In local news “Curly” Jim Musgrave passed away. He apparently was well known in the local Country music scene. I didn’t really know him however as a Country music singer, just as a member of our Crestline Ward. Anyhow, as Relief Society President Denise was quickly put to the task of providing dinner for the family. [paypal-donation]