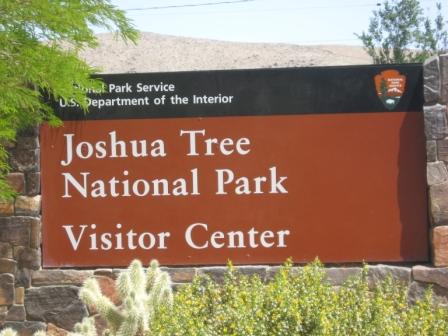 On Tuesday we went to visit Joshua Tree National Park . This visit officially started our quest for National Park Stamps. This is a program run by a company called Eastern National, and is not an “”official” part of the Park System. However, the Park System loves it because its entire purpose is to increase visitors to the parks. The stamp program has two parts. First are the ink stamps that you can stamp on your page at each park, for free. Many national parks and historical sites have more than one stamp available. You’ll see on our page that we got three from Joshua Tree, two of which are identical. There are actually 3 more stamps available at the park, but 2 were in places that weren’t open due to lack of staff and one was in a visitor’s center that we got to only after it closed.

The second part of the stamp program is colored stamps similar to postage stamps that are issued every year. For $8 you can buy a set that includes one stamp for each region, and one bigger national stamp. A new set is issued once a year.

So, those of you that are living near national parks, you are on notice, we will eventually be coming to a spare room near you. (And since there are 391 National Parks, National Historic Sites, National Historic Battlefields, National Recreation Areas, and National Trails, there IS a stamping site near you!)

This is the quest of several years, probably several decades, but we already have plans for our next park: Mojave National Park.

While in the park, besides driving between visitors centers in order to collect our stamp, we also took a tour of the Keys Ranch. It was a very interesting property. Bill Keys was a property manager for a gold mine that was petering out. Once the mine owner died he sued for back wages, and received the land in 1910. How he managed to survive a raise a family in the desert in the middle of nowhere is truly remarkable.

AJ enjoyed most of the tour, however, by the end he was ready to get back in his car seat and go back to sleep. (Besides his sunglasses, we do totally cover him in sun block, but often forget his hat.) 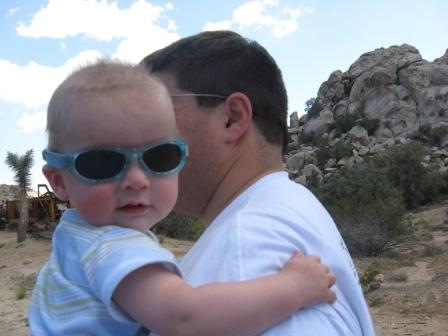 One of the ways Bill would make cash money was to bring his wagon and collect everything that failed prospectors, failed ranchers, and the Army left behind. (The Army had a training camp out the in the desert during WWII.) He would then use whatever he gathered for his own purposes or re sell it to the next set of ranchers/prospecters. Some of my favorite images are the armored car chicken coop and the “”Home Depot of the Desert””. 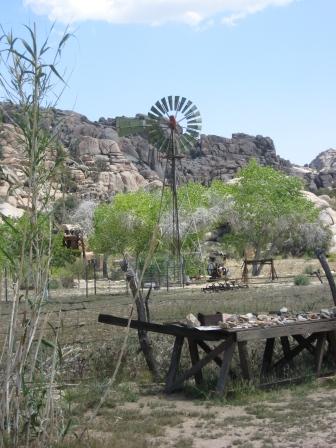 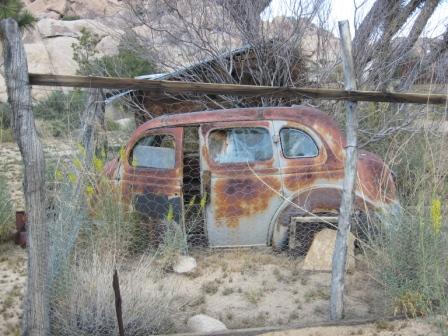 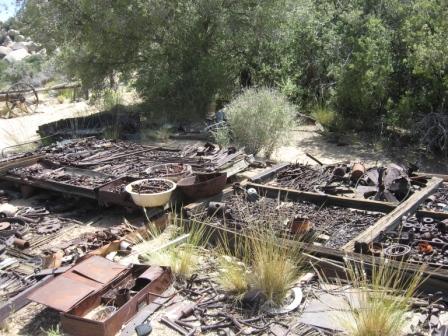 This last picture reminds me so much of my dad!