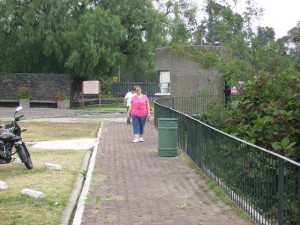 If you mention Mexico the first thing you will from most of my friends is a fantasy story of them sitting on beach, lounging in a beach chair, sipping some kind of exotic drink. Mexico certainly has a lot of beautiful beaches, but most Americans in my view have missed the boat when it comes to Mexico. From a traveler’s standpoint, right next to us is a country in which you can explore a 3000 year old archeological dig in the morning, have lunch in a French Colonial building, and go shopping in one of the most modern malls in the afternoon (which is exactly what I did the last time I was in Mexico City). It is because of this diversity that I love visiting Mexico City. It also doesn’t hurt that my dad owns a travel company based in Mexico City and I spent most of my teenage years in Mexico City. Having said that however I have to say that if you haven’t been to Mexico City you should really check it out.
This is a video I filmed in one day. I appologize in advance for the choppy quality, it was on my old camera:

Many Americans I think have been put off by the news of the H1N1 (Swine Flu) Virus and the daily reports we get about the drug trafficking trade. All I can say is that I was personally in Mexico last May at the height of the H1N1 epidemic in Mexico and I didn’t see a single person so much as sneeze. The only crime that I saw was committed by then 1 and half year old son who stole some poor kid’s soccer ball in a park. Luckily, my son doesn’t run that fast so it was retrieved rather quickly. I am not going to say that Mexico City is a harmless city. It has its areas you want to stay away from and pick pocketing is something you will have to watch out for in Mexico City, but with most things it is just of matter of being aware of your surroundings. If you look around the neighborhood you are in and you don’t like what you see then it is time to get out of that neighborhood. All of the places most tourist go have high amount of police surveillance anyhow, so the chances of a major crime happening in a tourist area are very slim.
I have to say I am a big fan of Mexico City and I was very happy to hear that Mexico City was named one of the Top Ten destinations for 2010. Mexico City in my opinion definitely deserves this distinction and I hope that because of it, Mexico City will see some more tourists visit the city this year. Due to the economy Mexico City is a real bargain right now. Prices on almost everything are down and like everything else in Mexico, it’s highly negotiable. If you are interested in more advice I would advise you to talk to my dad. His name is Arnold Pedroza and he has been running his travel company for over 30 years now and knows Mexico like the back of his hand. His main business these days is doing tour groups for universities, but he does have tours for the general public. You can check out his main tours and contact him at www.panoramasmexico.com. It doesn’t cost anything to ask him for advice and he likes to give it, trust me I know! If you do talk to him tell him his son John sent you.