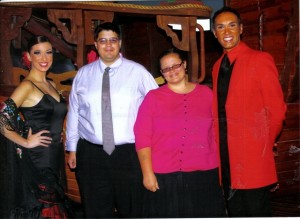 Now that we no longer have Disneyland annual passes we have what we consider a very nice weekend budget. On it’s own it allows us to a lot of fun things, but we are in general still pretty modest in what we can do on our budget. There is however a loop hole in our budget in that either one of us can supplement another budget with their own personal budget. Denise likes to buy fancier food, I like better weekend activities. What I like to do is find a really good coupon for a restaurant or show, buy it, and then use the weekend budget to supplement the babysitting costs. This is how we got to go to Battle of the Dance. 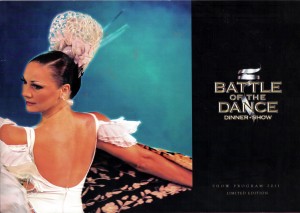 They have a lot of elaborate costumes in this show.

What Exactly is Battle of the Dance?
Battle of the Dance is a dinner show that features different dance styles from around the world. The producers of this show are the the same people that do the Camelot and Pirate dinner shows. You start the evening with a little reception where they take your picture with some of the stars and they serve you appetizers (included in the cost). You can also buy alcohol (definitely not included), but since we don’t drink alcohol it didn’t matter. Just before the show starts they have some pre-show entertainment. In our case it involved a Salsa demonstration and a skit involving an invisible man. The invisible man was kind of corney, but the Salsa demonstration was very good. 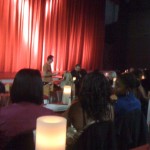 You eat facing the stage with little tables in front of you.

After the pre-show we were seated and our orders were taken. With the Gold package we had our choice of Chicken, Fish, or Cheese Ravioli. The meal also came with shrimp or vegetable salad and a little pastry for desert. The meal was pretty good and the portions adequate. I would place it on par with most sit down restaurants I have been to (think TGI Fridays or Denny’s), then again I wasn’t really going there for the food. The meal also came with unlimited soda, which is good because as the waiter found out Denise is a heavy drinker. 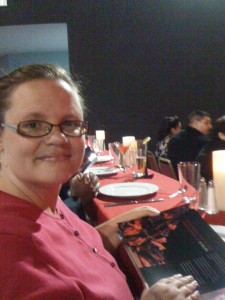 I think Denise was very happy not to have to cook.

The Show revolves loosely around this story about how the Spaniards get wrecked on the coast of Ireland in the 16th century and how they must now learn to reconcile their differences. I say loosely because in this three part show there are scenes of Tango, Salsa, and Bollywood. In the breaks we saw a ventriloquist and a guy who did very impressive shadow art. My favorite part was the dance of the castanets and Denise’s favorite part was the Irish finalee. It was a good show that ended with,of course, a dance off. Followed by the dancers reconciling and dancing together. 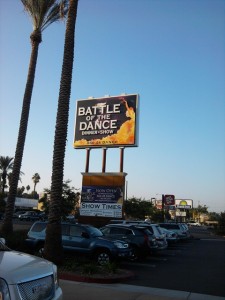 Being only a couple of blocks from Disneyland it was very easy to find.

How Much Did This Cost?
I heard about Battle of the Dance through a United Way fundraiser that they were doing at work. Basically they were selling these little cards for $20 that gave you 6 buy-get-one tickets. A really good deal considering the tickets regularly cost $60 each. Though being the bargain hunter that I am I found a slightly better deal at a website called goldstar.com (kind of like groupon but they specialize in event tickets). With Goldstar I was was able to get two Gold package (we were in the 6th row) tickets for $73.00 ($30 for the tickets, plus a $6.50 service fee). The Gold package included the cost of our meal, seats, and unlimited soda. For an additional $30 dollars you could buy a Platinum package that included steak, lobster, and seating in the first five rows. For $30 dollars (at regular price) you could also forgo the meal and sit in the back of the theatre. Why you would do that I don’t know, but you could. The souvenir picture cost $10 and came with a program. You could also buy a DVD of the show for an additional $10. In total it cost us $120 ($73 for admission, $10 for the picture, $10 for the tip, $4 for ice cream we bought at a tastee freeze after the show, and $23 for babysitting). 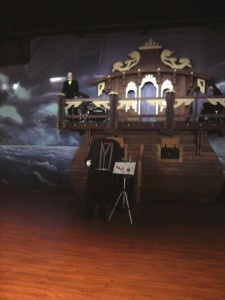 Did you enjoy it?
I enjoyed it a lot. It wasn’t what I would classify as a cheap night, but it wasn’t a very expensive one either. Between the pre-show, the show, and the after show ice cream, we got a good 4 hours + worth of entertainment. Not to mention sometimes it is just good to get out alone with your wife. I asked Denise about the show and she told me she enjoyed it but would never have let me spend $120 of the family budget on it. She said it came down to everything else she would of done with the money.
For my part I really enjoyed the dancing. The quality of the dancing was on par with any Las Vegas show I have ever heard about, with the benefit of not having to drive 4 hours to sin city. I don’t know if the dancing was 100% authentic, but I still enjoyed it a lot. My personal opinion on dancing is it is more about style and this show had a lot of style. Overall it made for a good show (otherwise why would I bother blogging about it) and would consider doing it again. 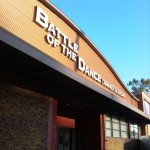 According to some of the employees I spoke to this building used to be a Toys-R-Us.