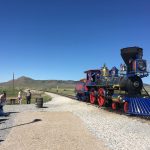 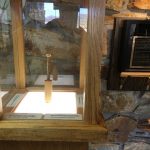 On May 10, 1869, Central Pacific Railroad President Leland Stanford ceremonially tapped the “Golden Spike”and forever connected made the United States united. Before the coming of the transcontinental railroad it was a very arduous journey from the east coast to the west coast (or reverse considering how you were looking at it).

The idea of Manifest Destiny was strong in the United States as a man named Hartwell Carver published his first proposal to link the coasts in 1832. Rather a bold move considering at the time the west coast was owned by Mexico. However thanks to a war a thing called the Treaty of Guadalupe in 1848 that problem was “fixed” and Congress was interested immediately in the plan to unite the coasts but they weren’t so convinced on the costs.Then, a another war came (the Civil War) and the idea was scrapped.

After the Civil War in an interest to literally mend the big divide the war had caused the call to unite the country with a railroad was reignited. Due to the war, there was no money but that did not stop the Big Four (Stanford, Huntington, Hopkins, and Crocker) from building the railroad. In order to fund the railroad they got Congress to grant them land concessions for any land that they graded. 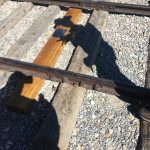 If you look on the ground you can see a half a survey marker that marks where the last spike was driven.

The recreation of the Jupiter is a working steam engine that is fueled by wood. 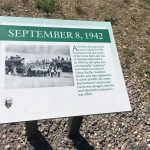 The building of the railroad was literally a killer journey. Tens of thousands of people were employed by both the Union Pacific (west coast) and Central Pacific (east coast). Many died from the harsh conditions. The Big Four however made lots of money with their land grants, everyone else went bankrupt or lost a lot of money.

There were actually three “golden” spikes, but you go to Promontory Point looking for one all you will find is a replica. Which if you go and read all the signs you find out doesn’t really matter because the last spike was actually an iron one. What happened was when the trains met at the designated spot a whole was pre-dug for the “golden spike” and it was slightly tapped (because gold is too soft) and then immediately taken out so it wouldn’t be stolen. The story goes on to say that two railroad presidents tried to hammer in the last iron spike but one was too drunk and missed it and the other was too weak and the spike didn’t budge, so an Irish rail-man was called up and he hammered it in, which is just as well because the day earlier a Irish team had laid down 10 miles of rail in a day, a new record.

Another thing I found out at Golden Spike National Park was that as big of event of the transcontinental railroad was, it wasn’t long before a new line that went through Salt Lake City was built and the site was hardly used after that. Later in 1942, due to World War II a “unspiking” ceremony was held and that part of the rails were pulled because they needed all the iron that they could find for the war effort. Luckily someone got the idea to leave a survey marker (which is still there today) so we do know where the last spike was driven.

We enjoyed our time at Golden Spike National Monument. They do a great job on helping you learn about the transcontinental railroad and it’s unique place in history. Admission is $10 and on the weekends they have reconstructed trains that reenact the moment when the two trains touched each other, when we were there all we got to see was the Jupiter, but it was still cool. 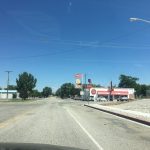 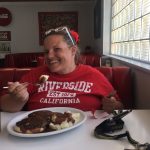 Denise went with an open face sandwich, she said she could tell the mashed potatoes were not powdered. 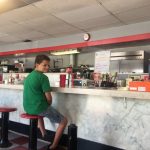 After our visit we continued our trip north to Montana where we made a brief stop in the small town of Snowville, Utah. While there we stopped at a little place called Mollie’s Cafe. It definitely had a Coca Cola theme going on with it.