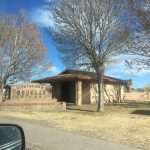 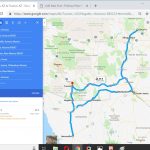 We recently completed a rather extensive trip through the states of Arizona (USA), Sonora (Mexico), New Mexico (USA), Texas (USA), and Chihuahua (Mexico). As you can see from this map the trip covered 1,566 miles and we covered the distance in about 8 days. It was a whirlwind trip that had many twists and turns.

One of the most significant parts of the drive for us were along state highway 80 in Arizona and state highway 9 in New Mexico. These roads are slow but we took them because according to Google Maps it was faster than taking interstate 2 in Mexico. Two other decisions that impacted us were that we didn’t have an import permit for our vehicle and snowy weather was making some of the roads harder to travel.

Unlike California most of the Arizona and New Mexico part of the border has no wall or fence. Most of the time there is just a small wooden fence (think like cattle crossing stuff) to mark the two countries, sometimes just a dirt path in the middle of the land. The media would have us all believe this is a great security problem, but if you stop for even the briefest of moment you soon realize that there is no immediate danger. If you are on state highway 80 or 9 there is really no place to go. It is all desert, very harsh desert. Flat for as long as the eye can see and very rough terrain. Border patrol does have a high presence in the area but all the little towns are very calm and sleepy.

On the US side of the southern border, town life seems very tranquil. All the locals we met in the area seemed kind of non-interested in us. It could have been our presence but I got the feeling that was the way things were in town.

The people were very happy with their history. We saw lots of historical markers. The biggest news ever in those towns was when Pancho Villa, a Mexican revolutionary invaded the United States. We saw at least two plaques that described how bad Pancho Villa. They stories like to describe him as a mad-man drunk on power. In Mexico of course Pancho Villa is heralded as a hero who saved Mexico from the dictator Porfirio Diaz. The truth is of course somewhere in between.

Also in between is the Apache lands that were crossed with the Gadsden Purchase, that little bit of land that extends past the Texas tip.  Not too far north from Douglas in Apache, AZ is the monument to dedicated to the surrender of Geronimo. It marks the end of an era for Native Americans as Geronimo was the last known resistance to Western civilization in the Americans. 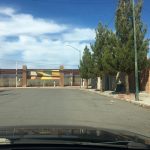 The border crossing from Agua Prieta in Mexico to Douglas in the United States really isn’t much to look at. 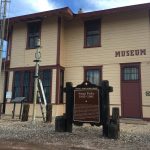 In Columbus, Arizona you can learn about Susan Parks who is known for holding the telegraph when Pancho Villa raided. 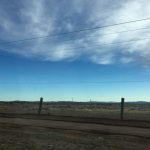 Beyond the posts at the hills in the distance is Mexico. No one cares about the border along this stretch because as you can see there is nowhere to go if you did cross. 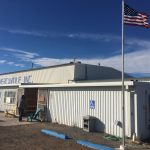 The Valley Mercantile was much needed outpost for us that showed up right in the nick of time because we were running out of gasoline. There we met a Canadian couple of all people.