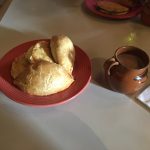 This is part 2, if you haven’t seen part 1 I would encourage you to go to http://www.johnpedroza.com/blog1/el-camino-del-paste-hidalgo-mexico-part-1/ 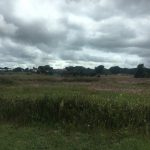 Driving through El Chico National Forest in Mexico is a magical experience. Though for the locals who live in and near the forest they like to tell people about the magical things that happen in the forest. The most popular story is of the dwendes.

Dwendes could be appropriately translated as forest creatures. I have seen different depictions of them, there doesn’t seem to be a consensus of what exactly they look like. However if you ask a local about the dwendes they will all tell you the same thing. They are these magical creatures that like to take your stuff when you didn’t put it in the right place. Though maybe you really meant to lose that item because the dwendes never take anything without giving back something, usually whatever they give is better than what they took. The trick is it always something you really needed, but forgot you about it. It is an interesting concept because it makes you try to ponder all those things which are important but you are forgetting.

While on the way to Huasca de Ocampo we were stopped by this horse procession. We had seen this procession 25 miles down the road but by the time we saw them again they were huge. Every time they launched a firework more horses would join the procession. The town of Huasca de Ocampo is a Pueblo Magico and is very quaint. Lots of artsy shops where people sell things made out of rocks and wood.

The main event of the trip was Real del Monte. Real Del Monte was founded in 1563 by Spanish conquistadors looking for riches in the mountains, which they found. Real del Monte turned out to have some of the biggest silver, copper, and coal deposits in the country. The place was a boon for Spain but it all came to a screeching stop in 1810 when Mexico proclaimed it’s independence. After Mexico gained it’s independence a lot of areas kind of became influenced by the French (which turned out to be a disaster) but the state of Hidalgo started to associate with the English. Due to this partnership a group of miners from Cornwall, England ended up in Real Del Monte. The did really well and ended up staying there for and made Pachuca one of the richest cities in Mexico during the mid 1800s.

As a result of all this Cornish influence many things were brought into Mexico. The most popular for the state were pasties, which were a food made for miners. It is said meat and potato pasties were the best food because the potatoes kept warm until noon and the braided end acted like a throw away handle. Other things the English brought to Mexico was soccer. Pachuca has the oldest soccer club in Mexico.

When I was there they were having the International Pasty Festival. The event was really big for such a small town. I would even venture to say too big. The roads in and out of Real del Monte (official name is Mineral del Monte) are small, which is normally not a problem a population of a 11,000, but when 100,000 people try to fit into a town of 11,000 there is some major traffic congestion. The fair atmosphere was fun, but I almost would have preferred to be there when there was not so many people. 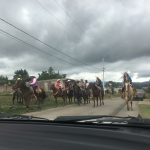 This horse procession just got bigger at every little village. 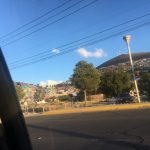 I love the colorful houses. 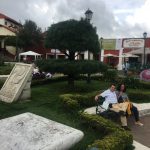 Real del Monte isn’t like most Mexican towns with a central plaza, it is more twisty with little parks. 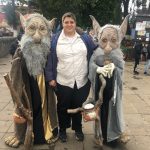 You gotta watch out the trolls are said to take all the stuff you put in the wrong place.

The ends on pasties were braided so they could eat them without getting them dirty. 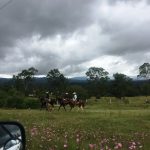 Some men on horses getting ready to join the procession. 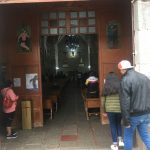 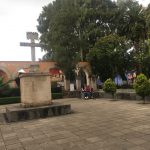 The plaza at Huasca de Ocampo 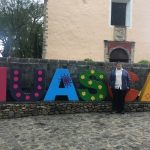 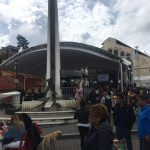 The English ambassador to Mexico visited the festival. 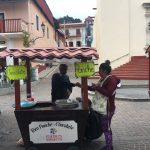 Ponche (hot punch) and Hot Chocolate are the two festival drinks in Hidalgo. 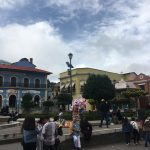 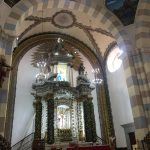 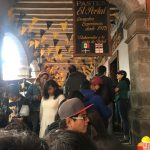 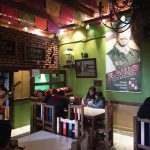 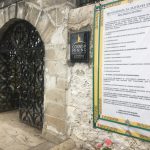 The Cornish Mining Company made a cemetery for the English that died in Mexico. 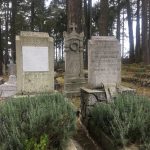 The tombstones in the English cemetery were kind of broken down but still very fancy. 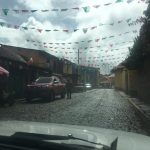 I loved the cobblestone roads and cut paper streamers. 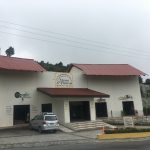 At the Pasty Museum you can learn how to make a pasty.