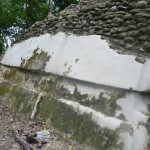 Cahal Pech is probably one of the easiest accessible archeological zones near San Ignacio (because it is within San Ignacio), however, without a common measurement distance is very hard to measure. I could have taken a quick taxi ride for about $5 BLZ ($2.50 USD), but I like to find things on my own so I decided to walk. Looking at a simple map the archeological site of Cahal Pech was very close. Only about 3/4 of a mile away from the church. Since there are hardly no street signs in San Ignacio Belize my directions were as follows: “From the church go to the highway and make a right. Look for the stadium and pass it, continue by following the signs.”

First part was easy. I already knew where the church was (click on photos to expand): 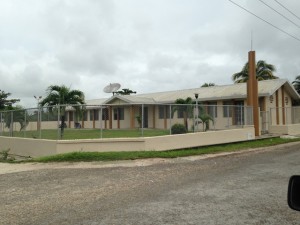 I think the LDS church was the second largest church in San Ignacio.

Luckily the highway was not far away. The thing is highways in Belize are not like highways in the USA. Where I come from we have big freeway systems with multiple yellow striped lanes. In Belize the highway is a paved road that if your lucky can fit two cars going in opposite directions. The good news is it is very easy to find a highway in Belize because there are only four of them in the whole country.

The next thing was the stadium, but again the stadium was like the highway in that I think the term gets lost in translation in Belize. But I found it, and sure enough just around the corner was a sign that pointed the way to the archeological zone. 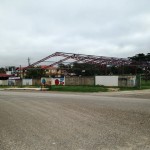 The “stadium” had lots of ads on it about HIV and chagas (little tick disease). 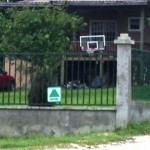 Along the way to Cahal Pech there are these signs guiding the way.

Then this was my site for about a half a mile: 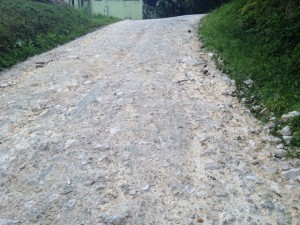 The road up to Cahal Pech was very rocky and steep.

Not much of a view going forward, but the view going back was awesome: 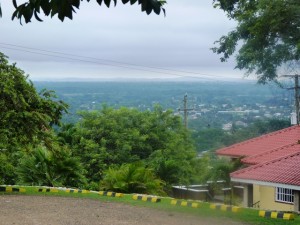 You can see very far from the top of Cahal Pech

The grounds of Cahal Pech are beautifully maintained, which was kind of a mystery to me because besides myself I only saw two other people. One maintenance man and a security guard. 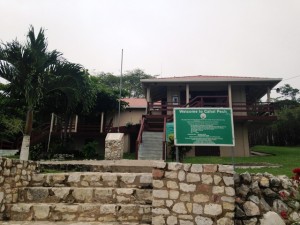 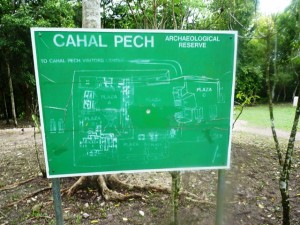 A map of the site. 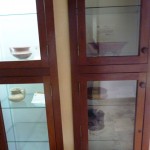 Lot of pottery, but also a lot of empty shelves.

The first thing I did at Cahal Pech was to visit their museum. The museum was kind of small and had a lot of empty shelves. I would later come to find out that there used to be a lot more things to look at in the museum but that Cahal Pech has had unfortunately a bad history of looters. Some locals told me that there used to be a jade mask in the museum, but that one day an unknown looter shot the guard and stole it. Very sad. 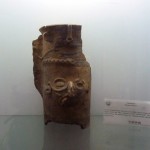 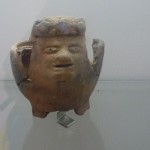 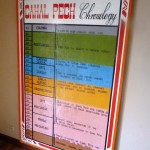 This chart showed how Cahal Pech was developed over 1000s of years. 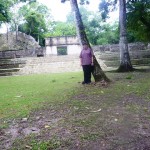 The name Cahal Pech means “Place of Ticks” (probably has something to do with the ads at the stadium). That was the name given to the site by archeologists from Pennsylvania in the 1950s. Somehow I doubt the Mayan named their palatial hilltop city after a bug infestation. Archeological evidence shows the site being inhabited as early as 1500 BC. One can only guess what was going on in this city a thousands of years ago, but looking at the location and ball court I am guessing that at one time Cahal Pech was a major trading post. From it’s hilltop location one can easily see the Macal and Mopan rivers. Anyone controlling that city could have controlled the trade for almost endless miles.

When I was there I had the pleasure of exploring the ruins all to myself. There were no barriers at all at the site. I was free to explore as much as I wanted to and I did. The site is very multi leveled. Like most Mayan sites there was amble evidence that the city had been rebuilt every 52 years. I saw rooms that appeared to be living quarters and others that appeared to be offering rooms. I also saw some rooms that appeared to be storage rooms (very dark and popular with the bats). I suppose if I wanted to do it the touristy way I could have driven up there. There is ample parking, but the hike wasn’t really that bad and it kind of gave me a more explorer feel to the place.

You can see how the walls were plastered. 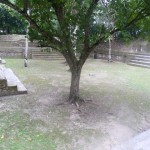 A tree grows in a smaller residential plaza. 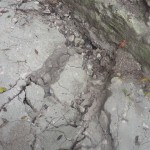 Looking at the cracks you can see that there are more buildings underneath the existing ones. 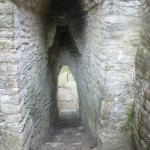 The hallways are shaped in a arch so that the ruler could come out with his headdress on and not rumple the feathers. 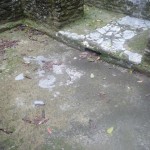 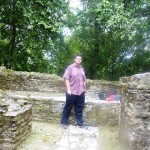 This looked to me like a bedroom of some sort. 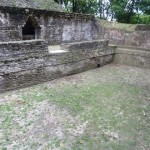 A plaza overlooking an offering room. 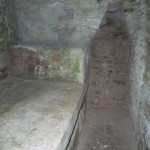 Inside an offering room. 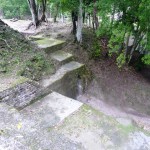 This picture shows the many layers of building at Cahal Pech. 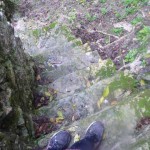 The stairs were very small and I had to walk sideways everywhere. 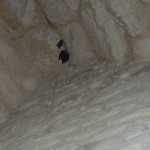 In one of the storage rooms. It was very dark, wasn’t surprised to see bats.

A video of me exploring a bit: