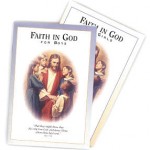 “And this is life eternal, that they might know thee the only true God, and Jesus Christ, whom thou hast sent.” John 17:3

I joined the Church of Jesus Christ of Latter Days Saints when I was 18 years old. As such, except for a brief time when I taught a 10-11 yr. old class, I never went through the Primary program. In order to graduate from the Primary program and get your Faith in God award you need to memorize all 13 Article of Faith. I always admired the children that could do this and ever since I first joined the church wanted to emulate them. It has taken me a long time to memorize them, but mostly that was because I have been procrastinating about it. Last week I had the Bishop quiz me in front of the Teachers and Priests and I am pleased to say that I passed. I also did this little video, it isn’t perfect, but I did do this all in one cut and all by memory and that is good enough for me:

If you want to memorize the Articles of Faith you can do so too: