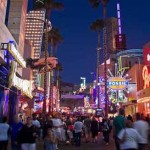 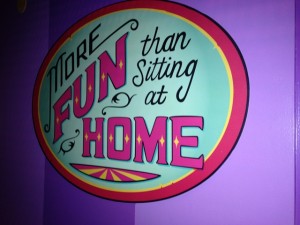 I am extremely blessed for many things. One of the most being having a job. Not only do I have a job that takes care of all my needs I even have a bit to spare. I know it sounds kind of pretentious to be writing about how I can spend $300 dollars for a day out for my family. The way I look at it however is I have the money. It was made on overtime. Which was time spent away from my family. So, I should spend at least some of it spending time with my family.

I haven’t been to Universal Studios for over 10 years, so I figured I had the time and money I should go. We had a fun day and saw many interesting things.

One of the things that struck me the most about Universal Studios, Hollywood was how many foreigners were there. To highlight the point, they have studio tours in English, Spanish, and Mandarin. The predominant visitors seemed to be from Asia (Chinese, Indian, and Japanese).

I wonder what they see in us “Americans.” Looking over the many movie posters I saw I didn’t see much in common with those visiting the park. The actors, stunt men, and cast members were mostly white Caucasian. Not to mention the fact that it is all fake. 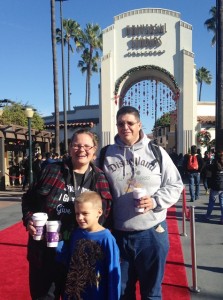 The Hot Chocolate family at Universal Studios “the entertainment capitol of L.A.”

The only thing I can think of it is it is distracting. Having been around the world I can say that the world yearns for that which is distracting. One could debate the danger of fake distractions, I think most people can agree that life has a lot of monotony in it. Thus entertainment, a distraction from that hum drum life becomes our export. 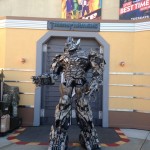 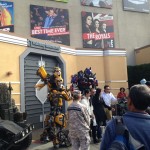 Bumblebee and Optimus Prime were kind of boring compared to Megatron. 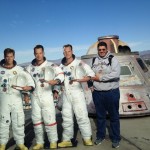 Probably the closest I will ever get to space. 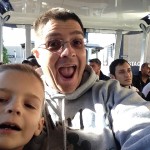 AJ and John goofing off on the tram tour. 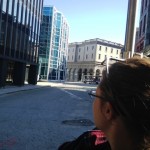 Denise looking at the building (the glass one) where they filmed Spiderman. 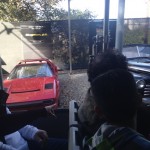 Some picture cars from Magnum PI and Back to the Future II. 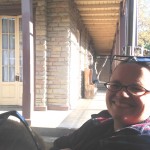 Denise checking out the 6 Points. Back in the day they could film 6 Westerns all at the same time. 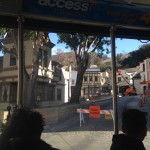 A view of Little Europe. The set for the Princess Diaries. 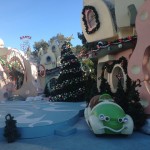 A view of whatville?! Oh wait that was Whoville. 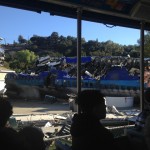 So Steven Spielburg bought a real 747 for $60K and then spent $200K to destroy it. All for a scene that lasted less than 5 minutes in the movie. 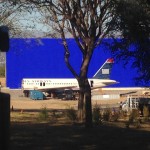 Normally this area is a fake lake, but today they were using it to shoot the back half of a United Airlines plane. 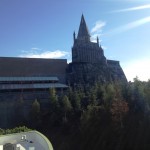 The new Hogwarts looks pretty cool. Hope to see it one day. 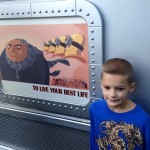 AJ was really excited to become a minion. 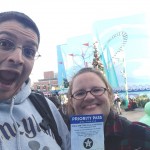 When we went on the minion ride they miss counted us, so to compensate they gave us a mini backstage tour and a pass to go in the front of the line on any attraction we wanted. 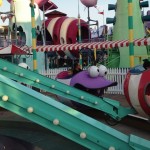 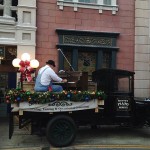 There was a lot of singers along the streets. 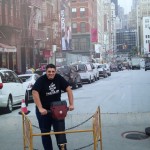 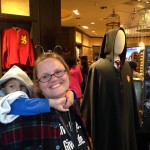 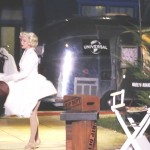 Marilyn Monroe was part of the night time studio tour. 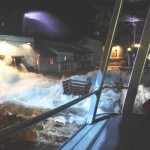 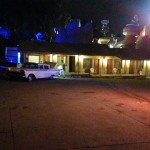 Norman Bates was not very happy to show us his checkout procedure. 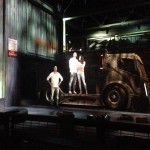 The 4D technology at Universal Studios is impressive. 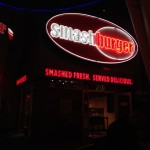 Smashburger was a good burger and very affordable. 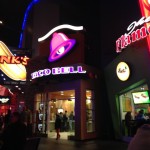 I was impressed that Universal Studios had cheap menu options.

The CityWalk is the ultimate American mall experience in my opinion.