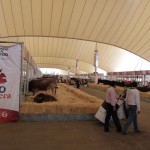 Lots of different livestock at the exposition.

I have been to a lot of fairs and I have seen a lot of livestock expositions. As far as the Expo Ganadera at the Feria de San Marcos goes it does cover all the basics: common livestock (horses, goats, big tractors, and even a live auction. All these things are like any other livestock you have been to EXCEPT for what happens right when you step in the gate. 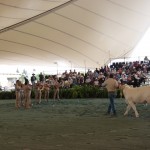 Another cow to dance with the mariachis.

Right when you step in the gate you are going to hear it. Just like any auction you will start to hear numbers over the loud speaker but this is definitely not a silent auction. As the auctioneer yells out his bids the bidders kind of sing back the bids, then there is the mariachi music. Due to the fact that public was allowed to auction, we remained very quiet (although if you do accidentally buy a cow they will butcher it onsite for you or give you a rope to lead it home). As you get closer to the joyful noise you notice the mariachi music is live and the musicians are dancing with the soon to be sold cows who are accompanied by women dressed in tight black dresses. I made a video of the surreal experience but you really have to see it in person to believe it: 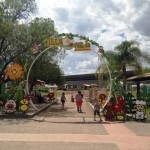 Expo VillaVerde was a side exposition to the main hall.

Lest you think the rest of the exposition is normal it is not. In the United States except for the occasional petting zoo (where you are expected to pay), you are not supposed to touch the animals. In Mexico it is the total opposite. To one side of the expo they had a small farm exhibit going on demonstrating different aspects of farm life. As I am sitting there watching a 1000+ pound pig being led to a moving truck and all the sudden a ranch hand yells to me “ayudame” (help me). And so there I am helping to move a very ornery pig into a moving truck. AJ got the more pleasant job of petting a bunny rabbit. 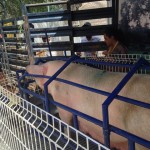 Good or bad in Mexico things often come as a surprise. When we were at the horse part of expo we were surprised again when we found out we were not the only foreigners at the fair. Many of the horses were from the United States. In fact one of the horses was from Norco, California (that is right next door to Riverside). Speaking of foreigners, the pigeon exhibit was interesting as well, as it featured pigeons from every continent in the world (some of them really strange). 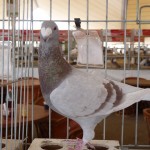 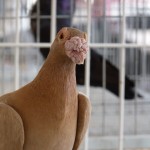 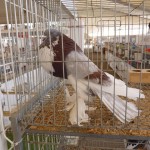 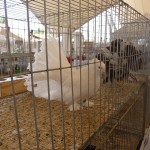 Overall, it was very fun to go and see all the animals and even though we were tempted after tasting the goat caramel, we resisted buying any livestock. 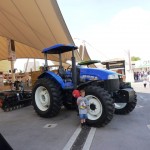 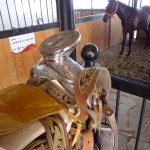 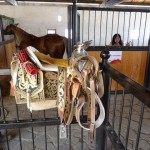 Gotta love the detail on this Spanish saddle. 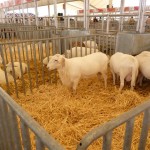 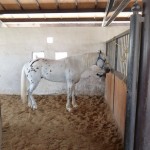 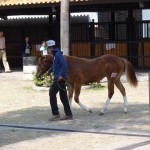 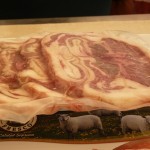 I was tempted to buy this goat meat for 50 pesos but I doubt I could have brought it across the border. 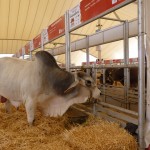 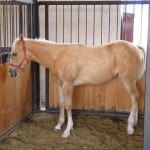 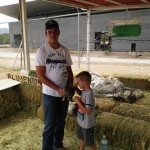