Today I would like to talk about our night at DCA (Disney’s California Adventure) and Downtown Disney, but before I do that I have to tell everyone an AJ story. Denise was away on Saturday so it was just AJ and I at home for most of the day. AJ was doing what I call “scout mode,” which basically consists of him “scouting” up trouble. Anyhow, so he finds my lunchbox that I take to work and he immediately decides to dump everything out. It is a Saturday, and since I don’t go to work on the weekends I didn’t really think much of it. Except for the fact that I forgot that I on Friday I didn’t drink all of the Crystal Light I had in my water bottle. So as you can imagine AJ figures out how to open the water bottle and begins to squirt red cherry Crystal Light all over our light beige carpet. I see him do this and I tell him “no, bad boy,” he runs away and then comes back with a towel, gives it to me and then proceeds to say “papi, clean-up,” and then goes on playing again.
Anyhow, after I cleaned the Crystal Light disaster are and Denise got back we went to DCA (Disney’s California Adventure). 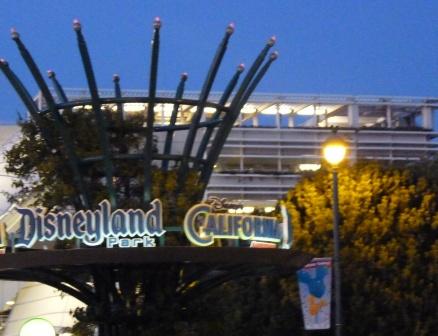 By the time we got there it was starting to get dark. Theme parks definately have a different atmosphere at night: 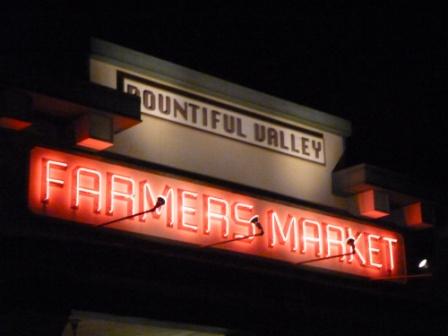 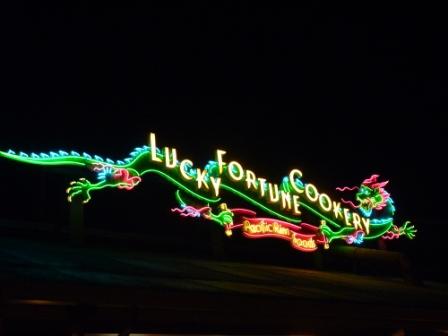 We didn’t do much while we were there. We went to play Toy Story Midway Mania: 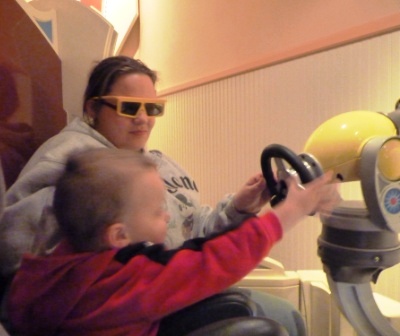 It is a game where you where you put on these 3D glasses and use the shooter device to play games while you ride the attraction. You play against the partner sitting next to you: 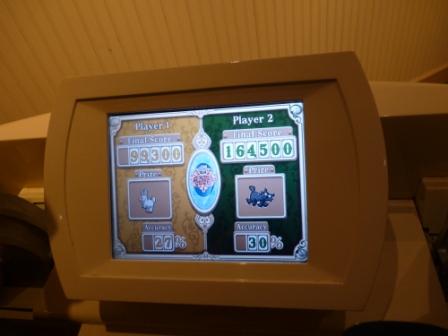 If you are wondering who won that would be me (if you see the bee come out shoot it).
We also went to the Michat 5 Year Anniversary Meet. Michat is one of several Disney fan clubs. Pretty much it was a chance to geek out on Disneyland trivia (Do you know that the official elevation of Disneyland is 138ft?)
After that we took a stroll down Downtown Disney:
The World of Disney store has almost every Disney related item you could ever want: 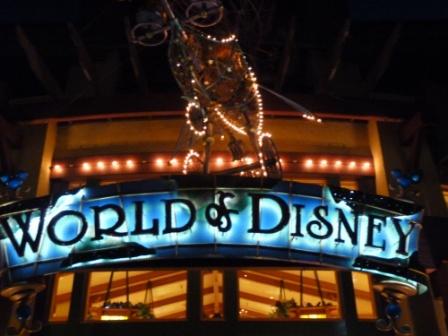 There are plenty of outdoor singers at Downtown Disney: 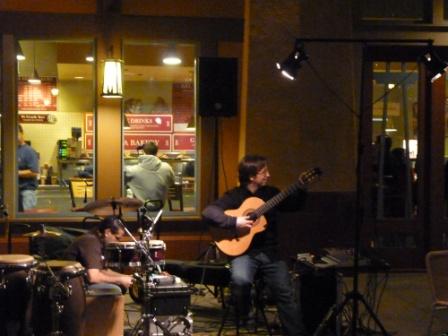 I thought these Minnie Mouse apples were kind of neat looking: 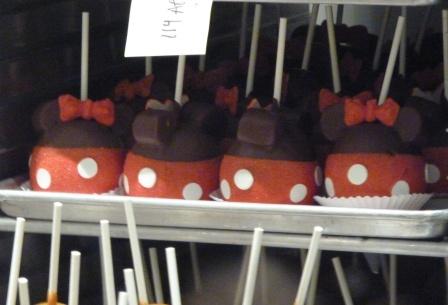 In all it was a very fun night.